I’m going to list three books that I’ve read this year that I think everyone should take a look at.

With six months until the Olympic Games, seventeen-year-old Harper’s life is pretty much perfect. She’s fighting for the starting spot on Team USA Women’s Hockey, and for the first time ever, she has a crush on a guy who likes her back. She feels like the luckiest girl in the world, until she runs a risky play at practice and breaks her knee, thereby sentencing herself to six weeks in a cast and possibly ending her Olympic dream before it even starts.

For seventeen-year-old Alex, being anything less than the best is unacceptable. That’s why, after a miserable debut season at the senior level, the former junior national singles champion switches to ice dance. Her skating partner, Ace, is an “all skating all the time” type of guy, which would be fine, if he’d stop keeping secrets about the real reason he and his former partner broke up. Now is not the time for second thoughts, but how can Alex skate her best if she can’t trust her partner…or herself?

As the pressure to make the Olympic team builds, the girls must rely on each other, because if there’s one thing they both know, it’s that the only thing harder than skating to the top is staying there.

When Bree Prescott arrives in the sleepy, lakeside town of Pelion, Maine, she hopes against hope that this is the place where she will finally find the peace she so desperately seeks. On her first day there, her life collides with Archer Hale, an isolated man who holds a secret agony of his own. A man no one else sees. 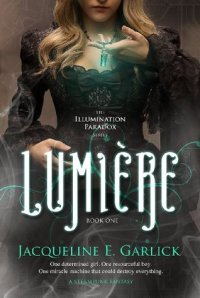 One determined girl. One resourceful boy. One miracle machine that could destroy everything.

After an unexplained flash shatters her world, seventeen-year-old Eyelet Elsworth sets out to find the Illuminator, her father’s prized invention. With it, she hopes to cure herself of her debilitating seizures before Professor Smrt—her father’s arch nemesis—discovers her secret and locks her away in an asylum.

Pursued by Smrt, Eyelet locates the Illuminator only to see it whisked away. She follows the thief into the world of the unknown, compelled not only by her quest but by the allure of the stranger—Urlick Babbit—who harbors secrets of his own.

Together, they endure deadly Vapours and criminal-infested woods in pursuit of the same prize, only to discover the miracle machine they hoped would solve their problems may in fact be their biggest problem of all.

Every book! Can’t say that? Shame. UH… Most recently would be Ugly Love by Colleen Hoover.

When Tate Collins meets airline pilot Miles Archer, she knows it isn’t love at first sight. They wouldn’t even go so far as to consider themselves friends. The only thing Tate and Miles have in common is an undeniable mutual attraction. Once their desires are out in the open, they realize they have the perfect set-up. He doesn’t want love, she doesn’t have time for love, so that just leaves the sex. Their arrangement could be surprisingly seamless, as long as Tate can stick to the only two rules Miles has for her.

Never ask about the past.
Don’t expect a future.

They think they can handle it, but realize almost immediately they can’t handle it at all.

Hearts get infiltrated.
Promises get broken.
Rules get shattered.
Love gets ugly.

I’m going to cheat a little. I’m going to say anything by Rick Riordan always makes me laugh. I love his books, his character, and his humour!

I think this would depend on the edition I’m reading… It seems, though, that the longest book I’ve read is A Game of Thrones by George R.R. Martin. 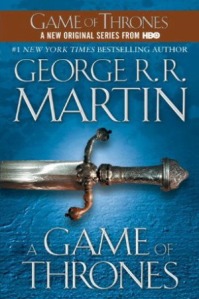 This book has a whopping 835 pages. The closest thing I could of think of to this is Harry Potter and the Order of the Phoenix. I’m planning on reading Les Miserables and War and Peace soon, so this won’t be true for long.

What was the longest book you’ve read? Any recommendation?

To be honest, I have a number of these types of books, but the one I speak of most often is Adventures of Huckleberry Finn by Mark Twain.

I was supposed to read this book back in first year, but I never finished. I ended up reading three or four chapters of the book and then just claimed I finished it. Will I ever go back and try to finish it? To be quite honest, yes, but no. I liked the concept of the book and I thought it was an interesting read, however, it was just one of those books that I could feel myself falling asleep to. Which sucks, but I can’t help it… It’s the same feeling I have with Allegiant and so I also haven’t finished that yet. Shame really, for both books…

I realized that I totally got confused and did the Day 24 from last year’s challenge. So here goes this year’s Day 24:

My “comfort” book would probably be The Reckoning by Kelley Armstrong.

I’ve read this book ten, twenty times at this point and I never get tired of it. I loved Chloe’s story a lot more than I did Maya’s. That’s not to say the second series wasn’t good, but I much rather this one. While this book does get your blood racing, I take a comfort in knowing what’s going to happen and knowing the characters and lines by heart. Definitely one of my favourite books <33

12 year-old Meggie lives with her father, Mortimer, a bookbinder. Mo never reads stories aloud to Meggie because he has a special gift: when he reads a book aloud, the characters come out of the book and into the real world.

One night, when Meggie was a small child, Mortimer was reading aloud from a book named Inkheart when an evil villain named Capricorn, his aide Basta, and a fire-eater named Dustfinger escape from the book and into their living room. At the same time, Mo’s wife Resa gets trapped within the book .

Twelve years later, Capricorn is on a hunt to find and destroy all copies of Inkheart and use Mo’s abilities to gain more power for himself in the real world. Meggie discovers her father’s secret and, along with the help of Dustfinger and Meggie’s eccentric aunt Elinor, fights to free her father and destroy Capricorn.

I really loved this book as a child. Unfortunately, now a days, kids are still reading Harry Potter, but when they’re at a book store, their gaze just drifts over this. Also, the movie adoption sucked, so I wish more people had read the book first and would read the book more often now. It’s an amazing high fantasy, where they characters are taken into the world of literature. Inspiring and beautiful, this book is actually one of my favourites.

Great, now I want to read it again just thinking about it -stares at the CN Tower sized to-read pile-

Between Printed Pages
Create a free website or blog at WordPress.com.