Welcome to The Year of the Knife Book Tour, hosted by Xpresso Book Tours!

Agent -Sully- Sullivan is one of the top cops in the Imperial Bureau of Investigation. A veteran witch of the British Empire who isn’t afraid to use her magical skills to crack a case. But Sully might need more than a good education and raw power to stop the string of grisly murders that have been springing up across the American Colonies. Every one of them marked by the same chilling calling card, a warning in the form of a legion of voices screaming out through the killers’ mouths: -It IS tHe YEAr oF the KNife.-

Sully’s investigation will drag her away from the comforts of home in New Amsterdam, the beautiful but useless hyacinth macaw that used to be her boss, and the loving arms of her undead girlfriend, in a thrilling race against time, demonic forces and a shadowy conspiracy that will do anything to keep its hold on power and ensure that Sully takes their secrets to her grave, as soon as possible.

G.D. Penman’s imaginative The Year of the Knife is a fun, fast-paced urban fantasy mystery with an engaging set of characters, most notably Agent Sully of the Imperial Bureau of Investigation.

Guest Post by G.D. Penman – A Few of our Favourite Things

I am not saying that every single one of these characters is an unrepentant liar, but they live in a slightly oppressive Empire and they aren’t always free to wear their hearts on their sleeves. Which is why instead of each character telling you their favourite thing, we are going to have to pry open their brains a little bit and steal the real answers.

G D Penman writes Speculative Fiction. He lives in Scotland with his partner and children, some of whom are human. He is a firm believer in the axiom that any story is made better by dragons. His beard has won an award. If you have ever read a story with Kaiju and queer people, it was probably one of his. In those few precious moments that he isn’t parenting or writing he likes to watch cartoons, play video and tabletop games, read more books than are entirely feasible and continue his quest to eat the flesh of every living species. 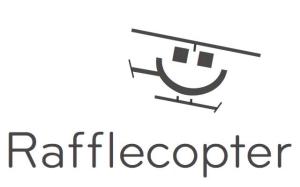 One thought on “Book Tour + Guest Post: Year of the Knife”