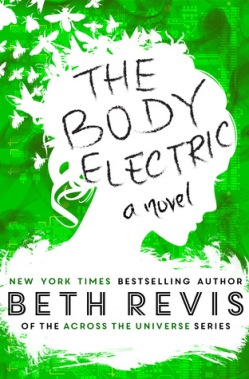 The future world is at peace.

Ella Shepherd has dedicated her life to using her unique gift—the ability to enter people’s dreams and memories using technology developed by her mother—to help others relive their happy memories.

But not all is at it seems.

Ella starts seeing impossible things—images of her dead father, warnings of who she cannot trust. Her government recruits her to spy on a rebel group, using her ability to experience—and influence—the memories of traitors. But the leader of the rebels claims they used to be in love—even though Ella’s never met him before in her life. Which can only mean one thing…

Ella’s gift is enough to overthrow a corrupt government or crush a growing rebel group. She is the key to stopping a war she didn’t even know was happening. But if someone else has been inside Ella’s head, she cannot trust her own memories, thoughts, or feelings.

I really enjoyed this book. But not for the reasons I usually do. If there is one thing that Beth Revis absolutely excels at, it’s world building. Her creations always manage to pop out of the page and rise up around you, tossing you straight into her dystopian, tech-filled lands (or ships, in the case of Across the Universe). This book especially, everything was meticulously thought out. How the lifts work, where the impoverished live versus the rich, how the government works, what the world’s story is prior to the birth of New Venice, etc. There were so many little things that led to something bigger than originally thought and the graphic images the writing creates captivates you and pulls you. I think my favourite part of New Venice was Central Gardens, where they actually planted people’s ashes and created new life from it in the form of a forest of sorts, instead of using land for tombstones. But then they still had catacombs, for the poor, which really contrasted with the whole futuristic bubble New Venice sat in. Further, the whole cuffLINKs concept, the nanobots, and the reveries were fascinating. It was an interesting, if not terrifying, place to be.

Terrifying? Why terrifying? I think this feeling was mostly elicited from the whole android idea. Robots floating around, robots blowing up, robots acting in places of actual people. I don’t know, the whole concept was eerie. That being said, it was also what kept me glued to the pages. Especially regarding Ella and her parents. There were so many hallucinations and dreamscapes and it was disorienting as much as it was fascinating. For much of the story, it was often hard to decipher between dream and reality, and by the end it was a fantastical mess, and yet absolutely brilliant. There were so many unexpected resolutions. However, in a sense, some of them seemed like quick fixes. There was a lot of foreshadowing in the symbols, but I thought it was pretty put together, overall.

Aside from characters, I thought that the book was great, overall. Yes, there was some distance with the characters, but at the same time, it was hard to notice while reading, as the world of New Venice swept me off my feet. All the twists and turns of the story and the mystery of it all definitely made this book an interesting read. 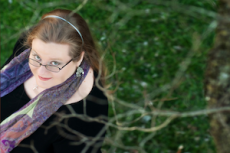 Beth Revis is the NY Times bestselling author of the Across the Universe series. The complete trilogy is now available in more than 20 languages. A native of North Carolina, Beth’s most recent book is The Body Electric, which tells the story of what was happening on Earth while the characters of Across the Universe were in space. 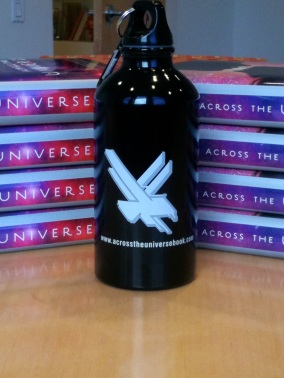 One thought on “Tour: The Body Electric”