Ally Carter fans! GUESS WHO HAS A NOVELLA COMING OUT!

Well, Ally Carter, of course. Author of the Heist Series and the Gallagher Girls Series, Ally has written a crossover novella to keep us entertained until the release of the third Heist and the sixth GG novels ~ Yup, that means spies and thieves IN THE SAME BOOK (~70 pages long). 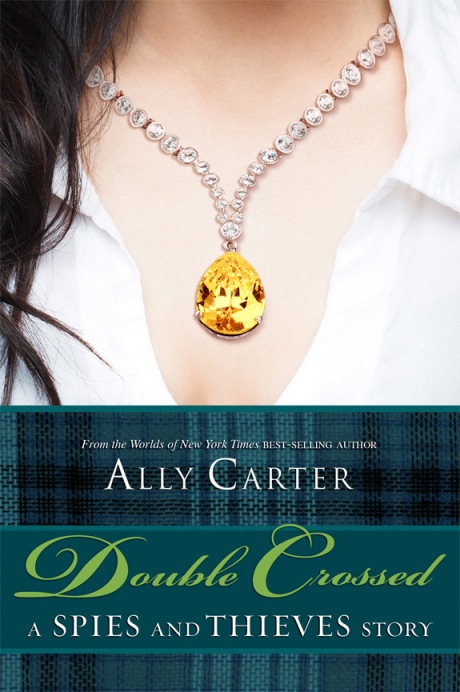 In “Double Crossed,” when Macey McHenry (glamorous society girl or spy-in-training?) and W.W. Hale V (heir to an American dynasty or master thief?) meet at a society gala, the party takes a dangerous turn. Suddenly they’re at the center of a hostage situation, and it’s up to them to stop the thugs from becoming hostile. Will Macey’s spy skills and Hale’s con-man ways be enough to outsmart a ruthless gang? Or will they have to seek out the ultimate inside girl to help?

Did you just jump up in excitement too? No? Just Me? … Okay.

Anyways, so this novella will be released as an e-book on January 22, 2013. It will be free (whether that will be for a limited time or not has not been clarified) and it will (probably… again don’t like making guarantees) BE AWESOME.